I suppose we should start with the shite news, the squatted convergence space is looking very unlikely as police arrested those involved with taking the space earlier this week and confiscated tools. We are trying to co-ordinate with the few Brummies that we know to try and open another convergence space before the weekend but at this moment no guarantees.

Anyone who can offer floors to activists on the day who stay around for the evening activities please let us know. I know this is quite annoying but we simply don’t have the numbers in Brum beforehand to secure the space, if anyone wants to get down to Brum before and open a space let us know and we will put it on the site.

Now for the main news. After much discussion we have decided that having a separate meeting place for the unauthorised march would be a bad idea for the following reasons.

1) If we have our own meeting place cops would most probably act quickly and prevent us from taking action by cordoning us before we move off.

2)  If we marched separately to the other marchers it removes the radical option for those who want to take part in actions on the day. Now everyone can decide whether they want to get to the ICC and other venues and disrupt the conference and know that they have our full support!

3) We want to show solidarity with others marching and present a working class, anti-authoritarian, anti-state message to other marchers instead of the one track reformist pro-government agenda of the liberals and trots on the day.

4) If the cops get heavy, we would have no support from the thousands of marchers on the day and vis versa.

Therefore we will be meeting at the same location as the SWP / RTW convergence and will be carrying black flags and a big old banner that you won’t miss. Remember to bring spare masks if the cops confiscate yours, consider wearing normal clothes until the march starts then changing top and masking up etc when we are moving.

Try and bloc as soon as possible head towards the anarcho / black / red & black flags, and bring your own. We will try and merge with the militant workers bloc as we are all there for the same thing. Then we can break off from the main march when we approach the ICC check out the venues and use google street level to get an idea of the layout of the streets so you are more prepared.

The use of blockades and road blocking comes into its own here, there aren’t that many roads leading to or from the ICC.

Print off the map and bust-card so you know where the targets are, and keep moving don’t let the cops cordon us or dictate the pace. Lets give them a show they won’t soon forget!

See you on the streets, 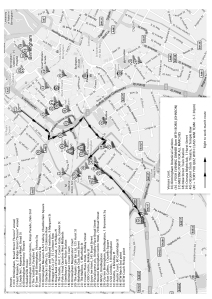 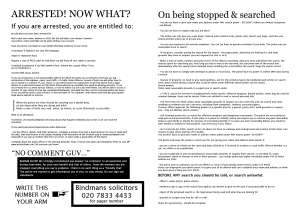 This entry was posted in Updates and tagged Conservative Party Conference. Bookmark the permalink.